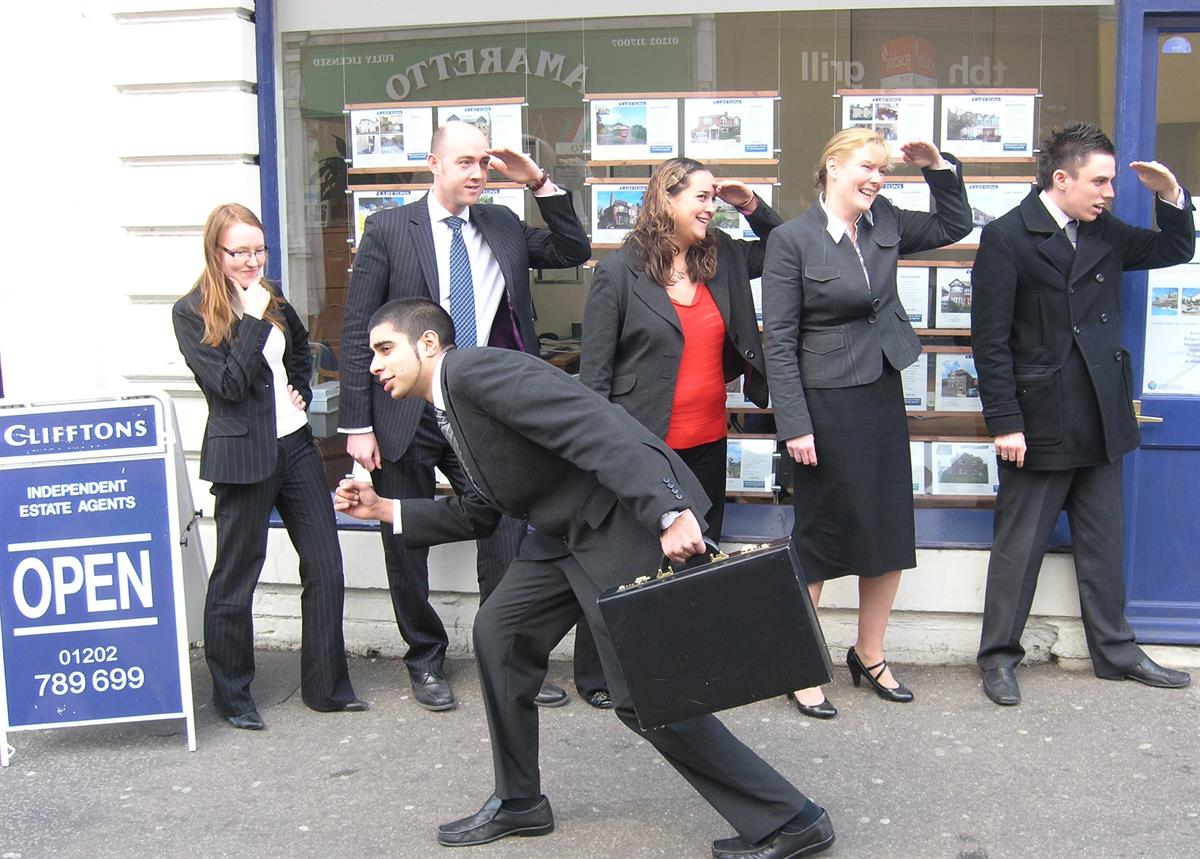 As the markets around the world are in need of revitalisation, here in Bournemouth, the property market is looking vibrant – Zorro has come to town.

James Scollard at CLIFFTONS Estate Agents comments “It was a normal day at the office, dusk was closing in, a tin can rolling down Old Christchurch Road and across the road was a shadow of a stranger.

After helping an elderly lady safely across the road, he swings the office door open and says “he wants to help more people sell their homes.” The rest as they say is history.

I’ve been very impressed, since joining the CLIFFTONS team in Bournemouth, he has sold four properties in his first three weeks and I’m sure Zorro will help many more people sell their homes.”

“I believe now is a great time to buy, the second half of 2007 saw house prices come down around 8% according to our figures and 4.5% by Rightmove figures, however, January has seen a flurry of activity with new house hunters, as many properties have now fallen into their affordability zone. This, coupled with a reduction in interest rates and further cuts on the horizon, improves affordability for many first time buyers. This market mirrors the 2005 downturn when I opened CLIFFTONS with my sister and 2006 and the first half of 2007 saw house prices increase. I think small increases and decreases with be commonplace over the next ten years, rather than the historic boom bust days. Essentially, the economy is stable with low unemployment, increased immigration, low interest rates and increased single home occupiers.”

If you are thinking of selling and looking for a super hero, call Zorro at CLIFFTONS today on 01202 789699 or call into the offices at 227a – 229 Old Christchurch Road, Bournemouth.

Pictured with the brief case, Zorro – off to a flying start.