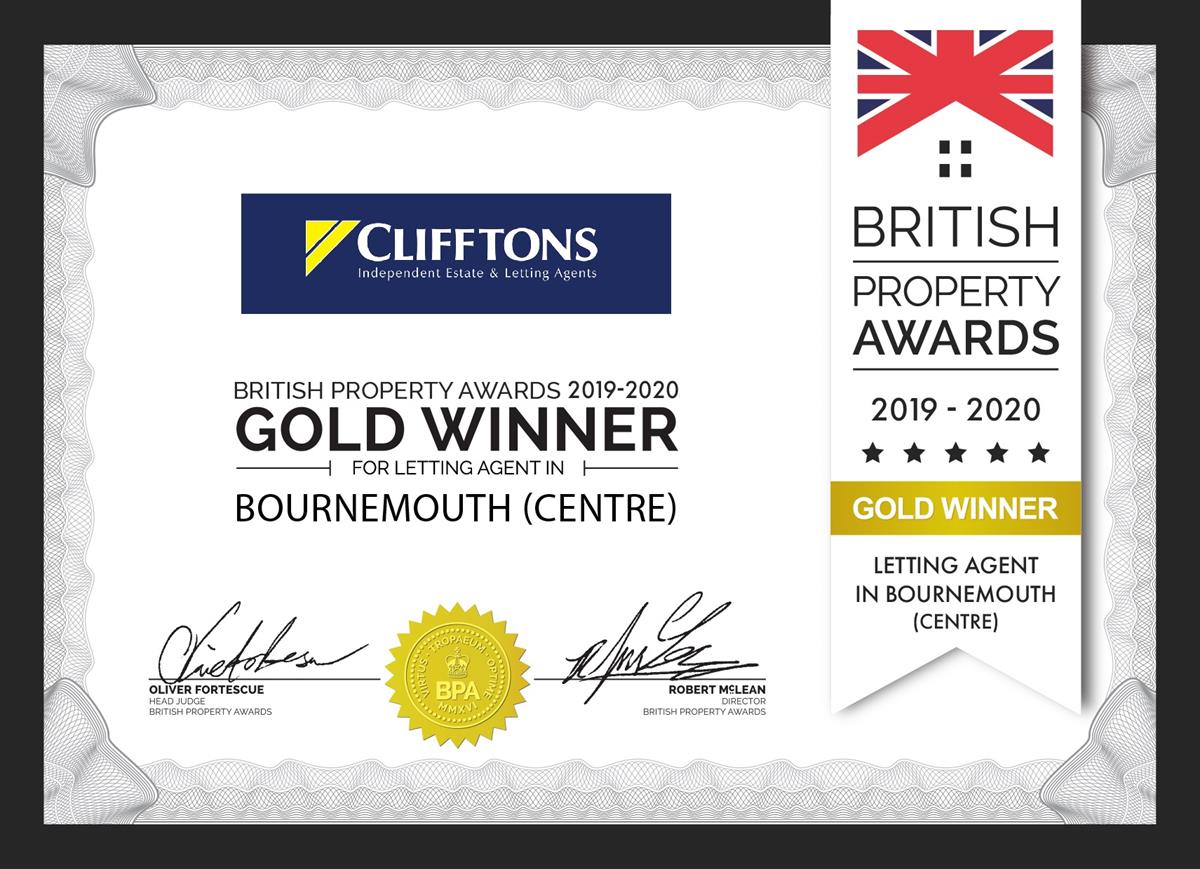 Clifftons have just WON The British Property Lettings Award for Central Bournemouth. Their team performed outstandingly throughout the extensive judging period, which focused on customer service levels. CLIFFTONS have now been shortlisted for a number of National awards which will be announced early next year. The British Property Awards provide agents throughout the UK with an invaluable opportunity to compare the service that they provide against the service provided by their local, regional and national competition. Agents who go that extra mile and provide outstanding levels of customer service are rewarded with this accolade, which acts as a beacon to highlight these attributes to their local marketplace.

The British Property Awards mystery shops every estate agent against a set of 25 criteria to obtain a balanced overview of their customer service levels. The judging criteria is both comprehensive and detailed exploring different mediums, scenarios and time periods to ensure agents have been rigorously and fairly judged.

CLIFFTONS was established in 2005, after the founder felt the opportunity to raise the bar to the next level within the industry. The founder, James Scollard began his career in estate agency in 1995 in both Central London, Maide Vale, St Johns Wood and Bournemouth & Poole. As a dynamic and progressive company, James was recognised for his professionalism and knowledge taking a leading role in the local association becoming Chairman for the Bournemouth & District Association of Estate Agents in 2007.

James Scollard comments “There has been over 170 pieces of new legislation within the letting industry, with more to come. The fines for Landlords can be thousands, ten of thousands and even hundreds of thousands of pounds. Its more important than ever for Landlords to chose their letting agent based on knowledge, experience and professional qualifications.